You are here: Home1 / News2 / There&#039;s A Troubling Trend Brewing In How Medical Diagnostics Startups... 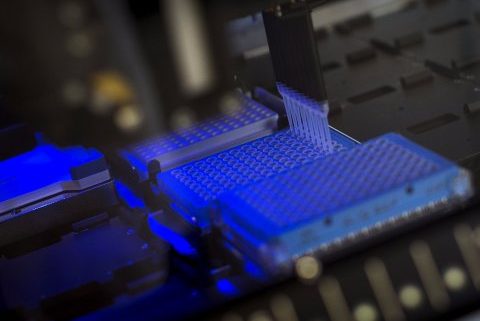 Diagnostic and medical tools companies are getting a lot of attention from tech investors lately.

Companies looking for new ways to screen the body for certain diseases — such as Genalyte, Grail and Guardant — have raised a total of $1.8 billion between 2015 and 2016, according to data from Silicon Valley Bank.

They’re winning backing from classic tech investors — the same venture capitalists who backed companies like Uber. But there’s a notable absence in this mix: healthcare investors.

One reason why diagnostics draws more interest from tech investors than, say drug development, is that it’s an area where large amounts of data could be collected and analyzed to help patients.

But the lack of involvement from investors who typically back healthcare companies is troubling, said Jonathan Norris, managing director at Silicon Valley Bank’s healthcare practice.

Investors experienced with the health care industry would bring startups expertise from highly regulated areas like medicine and medical devices, and an understanding of how to get products covered by insurance companies. Diagnostics tend to be expensive, but getting insurance coverage isn’t easy, especially if the tool needs to get reimbursed by the US government.

To be sure, there are some venture capital firms with healthcare experience putting money to work in diagnostics, especially venture arms of big drugmakers and health technology companies. And there’s no better way for Silicon Valley to learn what it faces when it comes to products aimed at health and diagnostics than by making some mistakes.

But the lack of medical investors in the diagnostics space could increase the potential for more flops than successes.

We’ve already had one glaring example of a company, and its investors, learning the hard way that health and science advisors are important: Theranos.

Here’s the rundown of some of the most active new investors in the tools and diagnostics space. 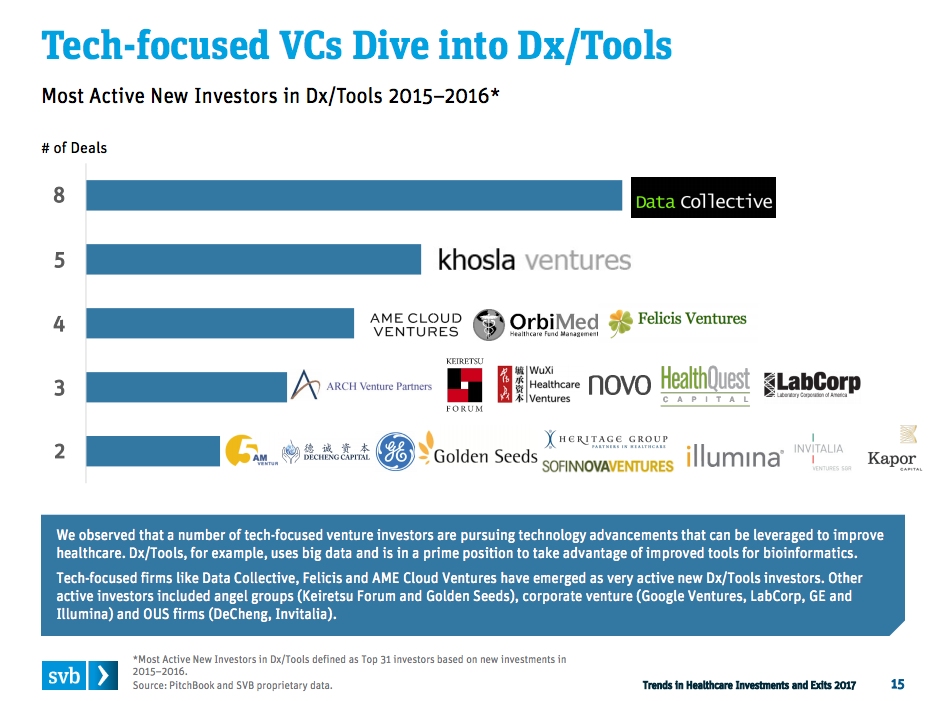 SEE ALSO: Why an investor at Andreessen Horowitz thinks software is the future of healthcare

DON’T MISS: Gene-sequencing giant Illumina is teaming up with IBM Watson to analyze your genes

Facebook Chief, Chan Charity Buys Artificial Intelligence Startup to Battle...
We use cookies to ensure that we give you the best experience on our website. If you continue to use this site we will assume that you are happy with it.OK, got itCookies Policy
Scroll to top