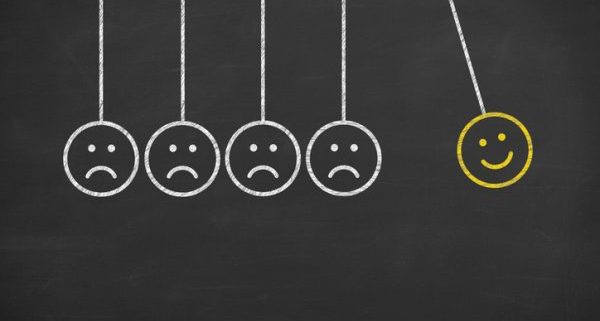 Why do some people respond to antidepressant medications, while others gain no symptom relief at all?

That’s just one of many million-dollar questions that confound drug developers and healthcare providers working in the field of mental health. The unknowns complicate clinical trials, treatment decisions, and of course, greatly impact patients.

In an effort to shine some light into the gray skies of depression, Australia has launched a 20,000-person genomics study, funded by the government’s National Health and Medical Research Council.

The resulting data and findings will feed into an international study of 200,000 individuals with depression, the largest-ever undertaking in the field.

It’s just what the doctor ordered.

According to a recent report by the World Health Organization (WHO), depression is now the leading cause of disability worldwide. As of 2015, some 322 million individuals were afflicted — roughly the population of the United States. Global prevalence has soared close to 20 percent in the last decade alone.

In a 2014 Nature article, Steve Hyman, director of the Stanley Center for Psychiatric Research at the Broad Institute, called for a large-scale genomics study of over 100,000 patients to bring the field up to speed.

“Progress in other disorders, such as autism and schizophrenia, suggest that the best hope for insights is to identify specific genetic variants associated with the disease,” Hyman wrote. “However, success in depression will require studies of much larger collections of human DNA samples than in other diseases if statistically significant signals are to come through.”

As part of the Australian study, volunteers 18-years and older will be asked to complete a 15-minute online survey. Based on their responses, they may then be asked to submit a saliva sample for genomic analysis. The sample will be sequenced and screened for hundreds of DNA variants through a process known as ‘genome-wide association scans’ (GWAS). The investigators are particularly interested in patients who have taken medications for the disease.

Genomic studies could unlock information about why some individuals – and families – have a greater likelihood of developing depression. The data could inform new drug development and ensure the right patients are recruited into the right trials.

It could also help explain the variable response individuals have to antidepressant medications — a burgeoning field known as pharmacogenomics. Such tests help guide what therapies and doses may work best.

Mayo Clinic startup OneOme has a panel that includes information on what psychotropic drugs, including antidepressants, could be well-tolerated based on the individual’s genetic makeup. Several genes relate to antidepressant efficacy, including HTR2A/GRIK4 and SLC6A4.

“There is a clear need in the psychiatric space for objective biomarkers that allow healthcare providers to tailor treatment – and that’s where pharmacogenomics comes in,” said OneOme CEO Paul Owens in an email forwarded by a company representative. “Since genetic factors account for up to 95 percent of drug-response variability, pharmacogenomics can help physicians identify which psychiatric drugs may work best for individual patients, before they even take them.”

While pharmacogenomics holds wide potential, a lot more information is needed to effectively treat mental illnesses the first time around. Owen also noted that the medical community has been slow to capitalize on the knowledge that does exist.

“Unfortunately, the education and understanding of genomics – let alone pharmacogenomics in routine medical practice – is still in its infancy stage,” he said.

There is a long way to go, but a 200,000-person genomics study is a good place to start. As Hyman wrote in nature, a basic understanding of the biology is still lacking.

“Failures to improve efficacy reflect continued ignorance of the molecular mechanisms of depression,” he said, then noted later on; “The investments will be well worth it.”

Insurance navigator Wellthie looks beyond healthcare with $5M Series A roun...
We use cookies to ensure that we give you the best experience on our website. If you continue to use this site we will assume that you are happy with it.OK, got itCookies Policy
Scroll to top