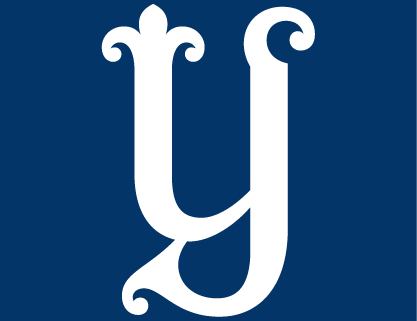 Teleflex Medical Corporation has issued a voluntary recall of a device used to administer a drug that reverses the effects of opioid overdoses.

On Nov. 3, the Connecticut Department of Public Health and the Department of Consumer Protection announced the recall of 66 lots of the LMA MAD Intranasal Mucosal Atomization Device, a nasal spray manufactured by Teleflex that administers naloxone. Naloxone — often referred to by its brand name Narcan — is a drug frequently used by emergency responders to quickly revive patients who have overdosed on opioids and is commonly produced in an atomization device.

“Teleflex recalled this device because it was concerned about the way the device atomized the liquid passing through it,” said Rodrick Marriott, director of the drug control division in the Connecticut Department of Consumer Protection. “The atomizing basically disperses it into a fine mist, so it’d be more of like a squirt or a stream of liquid, instead of a spray.”

Marriott explained that the device can cause adverse effects to patients because the drug particles reaching the nose are not fine enough, which affects the amount of naloxone getting absorbed through the nasal spray.

Because the device is widely used and easily available, given that pharmacists can prescribe Narcan and first responders often use the drug to treat overdose patients in cases of emergency, the Department of Consumer Protection deemed it necessary to issue a press release.

“We thought it was prudent to put out a press release in this particular case to reach as many people as we possibly could, who may not necessarily get this recall notice,” Marriott said.

However, he said the department had not received consumer complaints of adverse effects prior to the recall. According to Marriott, Teleflex issued a voluntary recall last month to proactively address concerns about the spray’s mechanism. The company identified specific lot numbers that may contain faulty devices, but because it could not determine if the malfunction was isolated to any one batch, the company chose to issue a larger recall to guarantee all defects had been found.

Connecticut State police trooper Tyler Weerden said that though the products affected by the recall may be less effective, they are not harmful to use.

“Since the inception of [using the device] in October 2014, the Connecticut State Police has responded to 128 calls for suspected opioid overdose. Of those 128 in distress, 120 survived,” Weerden said.

Moreover, prior to the Nov. 3 notification that some of the devices in the State Police’s current inventory may fail to dispense the drug as intended, troopers had still revived 33 individuals utilizing kits in the lots identified as faulty, according to Weerden.

Various state departments are working to ensure that the recall will not affect the efficiency of Emergency Medical Technician responses to overdose cases. Marriott explained that the atomization device makes the drug easier to administer in a crisis, particularly by emergency responders, in contrast with needle injections. However, the spray is not the only effective route of administration, Marriott said.

“There are a couple of different dosage solutions,” Mariott said. “We are fortunate that naloxone can also be administered either via intramuscular injection or a newer nasal spray on the market that doesn’t use [the Narcan] atomizer and has a built-in atomizer.”

Weerden said the benefits of using Narcan clearly outweigh any problems associated with the faulty applicators. He added that the State Police consulted with the Departments of Public Health, Consumer Protection and Mental Health and Addiction Services to determine how to continue to maximize their ability to revive individuals from opioid overdoses, pending the replacement of the defective kits.

Potential steps include dispatching troopers with sufficient kits to every suspected opioid overdose in the event that the dispensing mechanism on one device fails. The State Police has also conducted briefings, provided additional training about the indicators of a defective dispensing mechanism and ensured that additional doses of Narcan are available to all of the troops, according to Weerden.

The defective kits could be replaced as soon as next week, according to Werdeen.

BRH Medical receives patents in US and in China for new wound healing thera...

Advisory – Teleflex Medical Nasal Spray Syringe Devices Recalled; May...
We use cookies to ensure that we give you the best experience on our website. If you continue to use this site we will assume that you are happy with it.OK, got itCookies Policy
Scroll to top