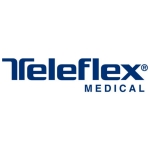 The federal watchdog labeled the recall as Class 1, indicating “a reasonable probability that use of these products will cause serious adverse health consequences or death,” according to the agency.

Teleflex said it is recalling the units due to the possibility that the connector may disconnect from the tracheostomy tube during use, which could deprive the patient of ventilation and would require immediate intervention.

Only 5 units distributed in the U.S. in total are affected by the recall. Teleflex instructed customers with the select items to quarantine and return them, with a return to be credited by Teleflex.

In September, Teleflex said it is shuttering a North Carolina facility, with plans to lay off 104 employees at the facility.

The company’s Ashboro subsidiary Arrow said in May it had plans to lay off 84 employees at the facility, and filed again in August with plans to lay off another 20. The layoffs are expected to go into effect in October.

The company said it had 635 employees in Asheboro when it originally announced the impending closure in 2014.

NuVasive Goes on Hiring Binge in Florida and Ohio

Outside Firm Backs Claims St. Jude Medical Heart Devices Can be Hacked
We use cookies to ensure that we give you the best experience on our website. If you continue to use this site we will assume that you are happy with it.OK, got itCookies Policy
Scroll to top