You are here: Home1 / News2 / Novartis agrees to acquire 15% stake in Gamida Cell 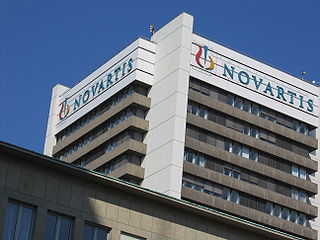 Swiss drugmaker Novartis Pharma has signed an agreement to acquire 15% stake in Gamida Cell for $35m.

The agreement also includes an option for Novartis to acquire the rest of the company for a cash payment of approximately $165m.

In addition, Gamida Cell will be entitled to potential future payments that can reach a total of $435m, depending on certain development and regulatory milestones and on sales of its products.

The buyout option is linked to Gamida achieving certain milestones relating to the development of NiCord, which are expected to be met in 2015.

“Novartis is a leading pharmaceutical company with a declared commitment to further expand and develop its pipeline of cell therapy products.

“This, combined with the breadth of its resources and experience, positions Novartis perfectly for an alliance with Gamida Cell.”

Gamida Cell is currently conducting Phase I/II single cord trials of NiCord with aim to treat patients suffering from haematologic malignancies, such as leukaemia and lymphoma.

Derived from a single cord blood unit, NiCord is being used as the sole stem cell source in the study, and has been expanded and enriched with stem cells using Gamida’s proprietary NAM technology.

In addition, the company is also readying a Phase I/II study of NiCord for pediatric sickle-cell disease, which 90,000 to 100,000 individuals in the US alone.

The Phase III study of NiCord is expected to commence at the end of 2015.

Recipharm to buy Corvette Pharmaceutical Services for $160m
We use cookies to ensure that we give you the best experience on our website. If you continue to use this site we will assume that you are happy with it.OK, got itCookies Policy
Scroll to top