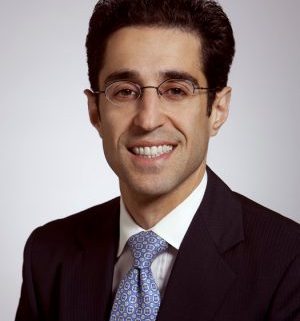 Still recovering from a market correction two years ago, and with a scarcity of attractive targets and ongoing macroeconomic uncertainty, the life sciences dealmaking space is in a state of flux. As big pharmaceutical companies more narrowly tailor their business models and hedge fund activists become more active in the space, M&A lawyers working in it must be ready to deal with the unexpected.

Daniel Wolf, a partner at Kirkland & Ellis — recently named one of the top deal firms in the latest update to the Life Sciences Law Firm Index from Lake Whillans, Above the Law, and MedCity News — has seen it all in his 22 years of practice, from 11-figure deals to private equity transactions to the increasingly common hostile bid, experience he and the Kirkland team bring to bear during a complex period in the space. He recently spoke with us and shared his perspective on life sciences mergers and acquisitions.

Hostile bids used to be comparatively rare in the life sciences M&A arena, but in recent years have become more common. What is driving that change, and how can it be dealt with?

Historically, there’s been a certain amount of reluctance to pursue hostile transactions in the space, particularly when the companies were smaller targets, given the view that there was a significant importance to the people who were developing the drug candidates. With the maturing of the biotech industry, and because a lot of the big pharmas have retooled themselves to be more like biotech companies, they feel they have the infrastructure and in-house skills to develop the compounds better, and, therefore, they’re a little less reluctant to pursue it. Activists have also clearly played a significant role in generating unsolicited activity.

We think about life sciences as a very important subset of our transactional practice, where we bring a broad set of M&A skills to bear on a market segment. If all you are is a life sciences deal person, when that hostile deal presents itself, you probably don’t have the special skills to do that type of transaction. When a client calls us up and says they’re launching a hostile bid for a rival, or says, “We’ve received a hostile bid from a large pharma,” being able to say, “We’ve done those types of transactions,” is invaluable to the client.

What does the market for life sciences M&A look like right now?

Two years ago, the market saw a crazy flourish of deals. Last year was a more measured pace. I think it’s going to continue to be that way until we get more clarity or resolution around the tax policies and whether overseas capital is going to be able to be accessed on attractive terms. Another overhang on the whole industry is the environment for drug pricing. All of those are limitations on deal motivation among the various players in the market, and the smaller number of assets that are left sometimes are relatively overpriced from a true-value perspective. When the number of move-the-needle targets goes down, the ones that are left — even if they aren’t the juiciest steaks — may look better than they are because of that scarcity value. It creates a cycle where no one wants to buy some of them because they end up being overpriced.

Why are there so many fewer targets today than in recent years?

If you look back about five years, there were a few dozen companies in the $5 billion to $10 billion range, which tend to be the type of targets that attract both buyers and activists. That category of company has dwindled to a handful. A significant number of those companies have been bought or fallen in value. Within pharma, the practice of developing compounds from scratch in house has been partially displaced by going out and buying or partnering with smaller independent companies to build the pipeline. Pharma companies are looking to replace drugs going off patent and really have scoured the landscape, buying those companies that fell into that sweet spot because those targets are big enough to make an impression and move the needle, but are not bet-your-company type deals. So, for a big pharma, a $2 billion or $4 billion deal shows you’re doing something and can add a meaningful Phase II-B or III compound, but it doesn’t break the bank if it fails. The carnivores surrounding the savannah have picked off many of the juicy-looking meals, and what you’re left with are often less-attractive zebras.

There has been a concentration of specialization, where each pharma company is choosing its areas of expertise. That means a more concentrated competition for assets with a greater desire to win. Ten years ago, when an oncology asset went up for sale, everyone looked at it, but not one of them viewed it as a must-have. Now, you probably have five or so companies looking at it, but they’re companies that are all-in on oncology — a more concentrated group of buyers who are much more motivated.

The weakness in the IPO market is another factor that’s going to continue to drive M&A activity because you’re getting less fresh targets in the market. There’s a lot more private deal-making going on, a lot more collaborations and collaborations with options to buy. Those are structured transactions that are tougher to do once the company’s public. You’re seeing a lot more of those because a lot of companies that would have gone public 10 years ago when biotech IPOs were the rage are not seeing the same receptivity in the market for a public offering.

65 percent of healthcare organizations have documented mobile strategy
We use cookies to ensure that we give you the best experience on our website. If you continue to use this site we will assume that you are happy with it.OK, got itCookies Policy
Scroll to top