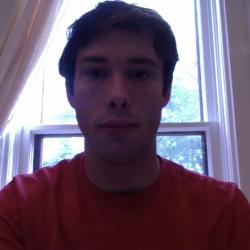 A faculty member at the Medical College of Wisconsin has spun out a new company, RPRD Diagnostics, which says it will help examine genetic profiles of its customers’ patients to determine how they are likely to react to particular drugs.

Milwaukee-based RPRD, which stands for “Right Patient Right Drug,” was publicly unveiled on Monday. Founder and CEO Ulrich Broeckel says he’ll continue to serve as a professor and researcher at MCW, in addition to his duties at the new company.

Broeckel anticipates that RPRD will serve as a clinical reference lab for a few different types of organizations, including hospitals and pharmaceutical companies. These groups will send samples to RPRD, which will perform tests and analysis on them, he says. The company will then send reports back detailing, among other things, variations in patients’ genomes that could affect how safe drugs are for them, and how effectively they work.

RPRD is in the emerging field of pharmacogenetics, which examines how genetic factors affect patients’ reactions to drugs.

“Over the past decade, there have been major advances in pharmacogenetics, improving our understanding of how genetics contribute to an individual’s response to a drug,” Broeckel says in a prepared statement. “Unfortunately, these advances have not been widely implemented due to the high cost and narrow scope of currently available tests.”

The progress in pharmacogenetics-related research Broeckel describes is one early step in the healthcare industry’s move toward precision medicine, which is also referred to as personalized medicine. The idea with precision medicine is to develop medical treatments that are tailored to patients based on certain health traits, including genomic information.

It’s still early, but some of the genomic data that has been published already have buoyed the hopes of researchers whose work involves investigating relationships between treatments and the underlying genetics of patients.

Last year, President Obama’s administration announced the Precision Medicine Initiative, which would involve creating a database with health information from 1 million Americans. Leaders of the initiative have said it would take at least three or four years to recruit these people, and the goal is to start recruitment next month.

“Pharmacogenetics, how I see it, is just the first tangible step into precision medicine,” says Broeckel, of RPRD.

Broeckel says he worked with leaders at Affymetrix to develop a platform to analyze DNA, in part through the use of microarrays. Santa Clara, CA-based Affymetrix was recently acquired by Waltham, MA-based Thermo Fisher (NYSE: TMO).

In its press release announcing the new research tool, called PharmacoScan Solution, Thermo Fisher says that one of the objectives with pharmacogenomics research is to make drug development more efficient. Another goal is lowering the number of adverse drug reactions experienced by patients, according to the release. A 2006 report from the Institute of Medicine estimated that “there are at least 1.5 million preventable [adverse drug events] that occur in the United States each year.”

Broeckel says that two things on RPRD’s to-do list for the near future are hiring employees to work in the company’s lab, and finalizing a timeline for adding customers and bringing in revenue.

neoSurgical wins CE mark approval for laparoscopic port closure device
We use cookies to ensure that we give you the best experience on our website. If you continue to use this site we will assume that you are happy with it.OK, got itCookies Policy
Scroll to top