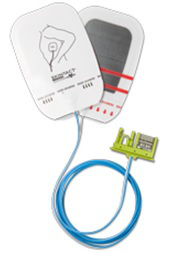 More than 8000 electrodes in the U.S. are involved in the recall, which is taking place because of connector compatibility issues between this device when used with the Welch Allyn AED model 10 defibrillator. The electrodes were distributed between February 14, 2014 and August 3, 2016. More information is available on FDA’s website.

Officials at Leonhard Lang and Welch Allyn could not be immediately reached for comment.

Testing of device compatibility found that the user may not be able to connect the electrodes to the AED (automatic external defibrillator) when shock is needed, resulting in a serious delay when attempting to deliver life-saving electrical stimulation needed to revive a patient in cardiac arrest, according to FDA. All health care providers and first responders using defibrillation devices are affected by this recall, as are all patients who may need defibrillation to restore normal heart rhythm.

This recall joins a group of similar recalls in the area of mismatched defibrillator electrodes that have been reported in recent years.

Joyce Laird is a contributor to Qmed.

Acelity launches new regenerative tissue matrix in US
We use cookies to ensure that we give you the best experience on our website. If you continue to use this site we will assume that you are happy with it.OK, got itCookies Policy
Scroll to top