You are here: Home1 / Daily2 / How are hospitals using mobile devices for care? 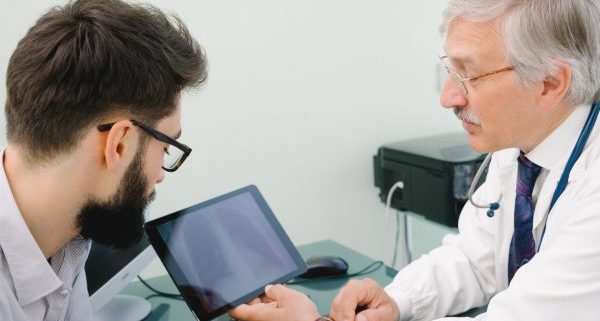 Smartphones and tablets are commonplace in society today. But how common are they in healthcare settings?

A new survey from HIMSS Analytics, called the “2017 Essentials Brief: Mobile Study,” highlights the use of mobile technology in hospitals across the United States.

Respondents participated in the online survey from February 9 to February 15, 2017. Approximately 129 C-suite leaders, clinicians, department heads and IT professionals participated. Forty-four percent of respondents came from standalone hospitals. Another 29 percent came from multi-hospital health systems and 25 percent were from integrated delivery networks.

HIMSS Analytics Director of Research Brendan FitzGerald said he wasn’t shocked by the survey results. “I wasn’t necessarily surprised, primarily because when you look at mobile technology, it’s not widely used in the hospital setting,” he told MedCity via phone.

While healthcare organizations appear to be putting mobile devices to use in a variety of ways, there are still a number of hurdles to widespread adoption. One such barrier is security.

“There’s been such a runup of adoption that advanced security was kind of an afterthought,” FitzGerald said. “People had the normal safeguards in place, but hacking has become more sophisticated, and healthcare hasn’t kept up as much as other industries.” And mobile devices are that much harder to oversee. It’s much easier for providers lose mobile devices, thereby more easily giving unauthorized access to someone.

Looking ahead, FitzGerald noted that many people are worried that technology adoption in the healthcare world may slow down. But in his opinion, that’s not the case. “The horse is out of the barn,” he said. “Organizations aren’t going to go back and say they were better with a paper-based system. It’s here to stay.”

CMS adds Cologuard to Medicare Advantage Star Ratings program: 4 key notes
We use cookies to ensure that we give you the best experience on our website. If you continue to use this site we will assume that you are happy with it.OK, got itCookies Policy
Scroll to top