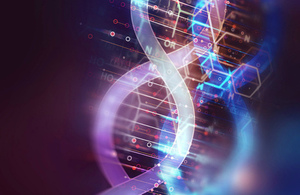 GlaxoSmithKline (GSK) has agreed to invest £40m in genetic research as part of the UK Government’s life sciences sector deal.

GSK will sequence the data from all 500,000 volunteer participants following the first 50,000 subset announced by the firm earlier this year.

The funding will also be used for GSK’s open targets collaboration with the European Bioinformatics Institute, the Wellcome Trust Sanger Institute, Biogen and Takeda, which was formed in 2014.

Under open targets program, the genetic and biological data will be provided for researchers to identify and prioritise new targets for developing future medicines.

GSK R&D president Patrick Vallance said: “This new investment by GSK, along with money from other public and private organisations, is building on the UK’s already world-leading status in the field of genomics and bioinformatics.

“Genetic evidence has revolutionised scientific discovery and drug development in recent years by providing clear links between genes and disease.”

The UK Government has entered into a sector deal with the life sciences sector to develop novel treatments and advanced medical research and technologies, as well to create high skilled jobs in the country.

Under the deal, Merck will build a life sciences discovery research facility that will help to create 950 jobs, including 150 new high-skilled and high-value research roles.

Image: The UK Government has entered into a sector deal with the life sciences sector. Photo: courtesy of Crown copyright.

Lumicell aims $29m Series C at pivotal breast cancer trial and expansion into...
We use cookies to ensure that we give you the best experience on our website. If you continue to use this site we will assume that you are happy with it.OK, got itCookies Policy
Scroll to top