You are here: Home1 / News2 / FDA Posts Another Recall for Medtronic-HeartWare&#039;s HVAD Over Issues... 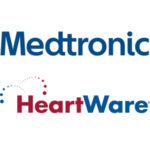 The FDA today posted a Class I recall notice for select Medtronic (NYSE:MDT) HeartWare ventricular assist device controllers over issues with loose power connectors that could stop the pump from functioning.

A Class 1 indication from the federal watchdog indicates “a reasonable probability that use of these products will cause serious adverse health consequences or death,” according to the agency.

“A loose connector may allow moisture to enter the controller causing corrosion, electrical issues, reduced speaker volume and connection failures. If the speaker volume is decreased, the patient may not hear the alarm. If there is a loss of connection, the pump may stop which could cause serious adverse health consequences, including death,” the FDA wrote in its recall notice.

The FDA said that on June 8, HeartWare sent an urgent medical device correction letter to affected customers, instructing them to inspect controllers for loose connectors and feeling for atypical movement, and to replace any affected units with new controllers.

The voluntary recall is related to potential damage to controllers on the device from exposure to moisture, caused by loose power and data connectors, according to a Medtronic press release. The company added that, in the U.S., all clinicians have been notified and acknowledged, while 99% of clinician notifications have been acknowledged globally.

In a warning sent in May and June, HeartWare advised hospital clinicians to inspect HVAD HeartWare controllers for loose connectors during scheduled appointments, and to replace affected controllers with new equipment when necessary. Clinicians were also instructed to communicate safe use instructions for the HVAD system, with a focus on moisture and proper connection to power and data sources.

Medtronic closed its $1.1 billion acquisition of HeartWare in late August.

Serial Biotech Startup Creator Third Rock Ventures Nabs a Record $616 Milli...
We use cookies to ensure that we give you the best experience on our website. If you continue to use this site we will assume that you are happy with it.OK, got itCookies Policy
Scroll to top