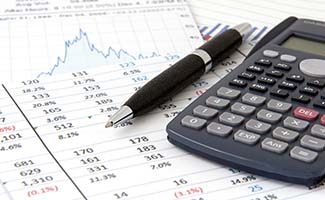 Ariosa Diagnostics, which provides genetic tests that determine fetal conditions and characteristics for expectant mothers, officially withdrew its plans for an initial public offering on Thursday. In December, the company announced its acquisition by Roche for an undisclosed sum. It originally filed terms to raise $60 million in April 2014 at a proposed valuation of $323 million, postponed the IPO, possibly due to patent litigation between it and Illumina ( ILMN ).

Using a standard maternal blood sample, Ariosa’s molecular diagnostics provide information on fetal sex and the risk of certain chromosomal conditions like Down syndrome 10 weeks into pregnancy. Non-invasive prenatal tests are safer and more accurate than standard tests, and Ariosa claims its tests are also more affordable and easier to interpret than others. Its main customer, LabCorp ( LH ), represented the majority of its revenue. Prior to the Roche acquisition, primary shareholders included Venrock, Domain Associates, Meritech Capital Partners, Fidelity and Chairman John Stuelpnagel.

The San Jose, CA-based company was founded in 2008 and booked $63.2 million in sales for the 12 months ended March 31, 2014. It had intended to list on the NASDAQ under the symbol AROS. J.P. Morgan and Citi were set to be the joint bookrunners on the deal.

The Ultimate Secret of Acing Behavioral Interviews
We use cookies to ensure that we give you the best experience on our website. If you continue to use this site we will assume that you are happy with it.OK, got itCookies Policy
Scroll to top