Carl Stewart, 39, from Liverpool, northwestern England, sent a picture on an encrypted device of a block of Stilton he had found in upmarket British grocery store Marks & Spencer, Merseyside Police said in a press release.
But the photograph was discovered by police, who used it to analyze his fingerprints and identify Stewart.
Authorities said Stewart’s “love of Stilton cheese” led to his arrest.
He was jailed on Friday after pleading guilty to conspiracy to supply cocaine, heroin, MDMA and ketamine, and to transferring criminal property, police said.
Stewart sent the image on EncroChat, an encrypted messaging service used exclusively by criminals that was infiltrated by police in a major operation last year. 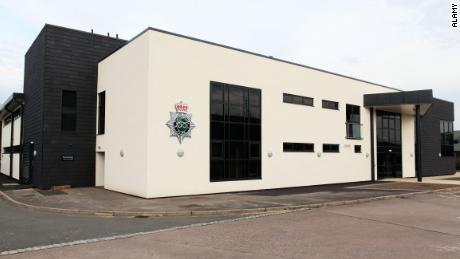 “Carl Stewart was involved in supplying large amounts of class A and B drugs, but was caught out by his love of Stilton cheese, after sharing a picture of a block of it in his hand through encrochat,” Detective Inspector Lee Wilkinson said in a statement.
“His palm and fingerprints were analysed from this picture and it was established they belonged to Stewart.”
EncroChat, which offered a secure mobile phone instant messaging service, was a “criminal marketplace” used by 60,000 people worldwide for coordinating the distribution of illicit goods, money laundering and plotting to kill rivals, according to the UK’s National Crime Agency.
Stewart is not the first person to be arrested after making an unforced error.
In January, two burglars were detained in the UK after accidentally pocket-dialing the police during their alleged crime. An officer in Staffordshire, central England, labeled the thieves the “world’s unluckiest burglars” and likened them to the ill-fated crooks in the movie “Home Alone.”
And in 2016, two equally unfortunate robbers held up a McDonald’s in France — only to discover that 11 armed members of an elite paramilitary force happened to be eating inside.

CarParts.com to Present at the 18th Annual Craig-Hallum Institutional Investor...
Scroll to top