You are here: Home1 / Trump 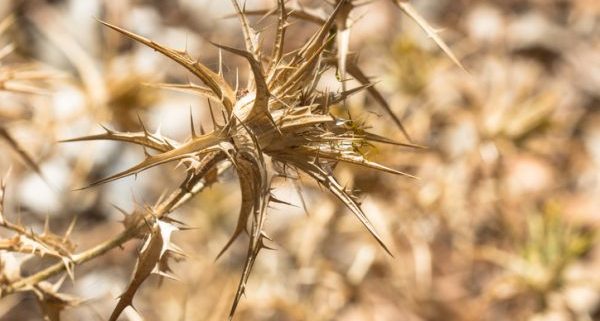 Chatter at an early morning session on the third day of the  43rd annual meeting in Washington, D.C., was largely focused on the state of healthcare — and the survival, or repeal, of the Affordable Care Act — under the new President Trump administration.

A conversation about the state of healthcare at the Association of Community Cancer Centers’ annual meeting mostly focused on speculation over the Affordable Care Act’s future under the Trump administration. But the discussion shifted to the standing of the Cancer Moonshot Task Force, put in place during the final year of President Obama’s tenure.

Dr. Kavita Patel of the D.C.-based think tank The Brookings Institution and Dan Todd of Todd Strategy, both former Capitol Hill staffers, said any push for increasing the funding for cancer research will most likely come from agency heads, at the Food and Drug Administration, the Centers for Disease Control and Prevention, and the National Institutes of Health.

“There’s a commitment on Capitol Hill,” Todd said. “But the moonshot folks all went to work with former Vice President Biden. If there’s nobody [in the White House], it’s going to atrophy.”

The task force, helmed by former Vice President Joe Biden whose son, Beau, died of brain cancer in 2015, left D.C. the same day as the rest of the White House staff when President Obama left on Jan. 20. Today, it lives on as the nonprofit Biden Cancer Initiative, and the former vice president said the nonprofit’s work will focus on bringing down the cost of cancer treatments, enabling wider access to clinical trials, and supporting community oncology efforts.

Even before Obama and Biden left the White House, national cancer research received a boost. In December, the 21st Century Cures bill was passed into law. Through the law — the Capitol Hill commitment to which Todd referred — Congress appropriated $1.8 billion in new funding for cancer research.

Whether President Trump’s White House will take up the mantle of moonshot cancer research is an uncertainty. Although former members of the Cancer Moonshot Task Force had spoken with the incoming administration about the research — which includes a conversation between Biden and his successor, Vice President Mike Pence, about continuing the work — the new White House’s proposed budget removes $6 billion in funding from the National Institutes of Health.

“Trump’s [administration] agreed to help continue some of those efforts,” Patel said. “Doing that but releasing a budget where you’re cutting the NIH by billions of dollars does not make sense to me.” 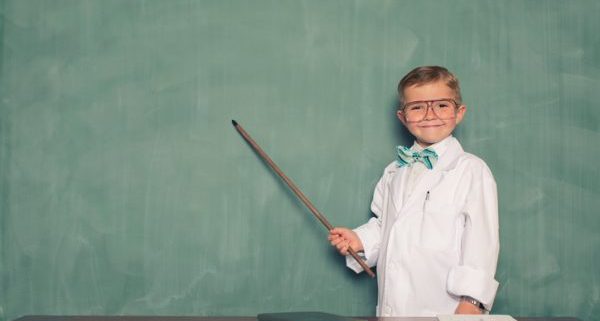 Scientists were already planning a march on Washington to protest against recent policy changes and a perceived devaluing of their work.

And then the draft budget was released.

The 62-page document outlines many severe cuts to medical research and healthcare, among other industries and services.

It’s important to note that it’s just a draft at this point, congress will need to approve all aspects of the budget. Which is why groups such as the Federation of American Societies for Experimental Biology (FASEB) are urging citizens to rally their State representatives against the proposed funding plan.

This is what happens to the @NIH budget if the President’s proposed budget is approved. Urge your reps to reject it https://t.co/CXDgGvhmXy pic.twitter.com/giyGeo1W9o

For scientists and non-scientists alike, here are some of the key figures to remember. The data have been pulled directly from the budget blueprint and visualized by Cecilien Dambon at Venngage, a Toronto-based graphic design software company that develops consumer-friendly tools for infographics, data visualization, business reports, and charts. 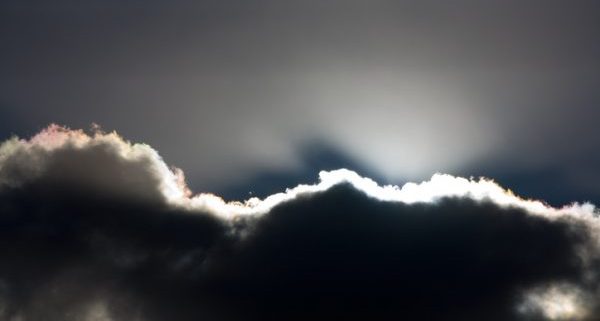 An ominous gray cloud drifted over science on Thursday, with the release of the Trump administration’s blueprint for Federal spending in 2018.

At the highest level, the Department of Health and Human Services (HHS) would be allocated just $69 billion in 2018, a 17.9 percent decrease from 2017. That means cuts across the board, including a $5.8 billion chunk carved off the National Institutes of Health (NIH).

To speed up the drug and device approval process, Trump also plans to double the fees paid by companies submitting products for FDA review, from $1 billion to $2 billion per year.

But it’s not all doom and gloom. There are some small silver linings in the budget that could benefit science and society.

For starters, the blueprint “provides a $4.6 billion increase in discretionary funding for VA health care to improve patient access and timeliness of medical care services.”

It “promotes healthy and lead-safe homes by providing $130 million, an increase of $20 million… for the mitigation of lead-based paint and other hazards in low-income homes, especially those in which children reside.”

An unspecified investment will be made in “mental health activities that are awarded to high-performing entities and focus on high priority areas, such as suicide prevention, serious mental illness, and children’s mental health.”

And a new Federal Emergency Response Fund (which also draws on unspecified funds), will be built to rapidly respond to public health outbreaks, such as Zika.

One of the most substantial investments in healthcare will be made to counter opioid abuse.

The blueprint calls for a $500 million increase in spending “to expand opioid misuse prevention efforts and to increase access to treatment and recovery services to help Americans who are misusing opioids get the help they need.”

Two CEO’s working to develop therapies in this space were heartened by the news.

“We are pleased to see the current administration supporting efforts to combat the opioid addiction epidemic, including increasing access to medication-assisted treatment,” said Mark Sirgo, CEO of BioDelivery Sciences, via email.

“I am encouraged by the current administration’s commitment to combat opioid addiction. It is a public healthcare crisis, and alongside the recent Surgeon General’s report into addiction, the government is demonstrating the scale of the problem. My only concern is whether $500 million is sufficient.”

There is, however, some comfort in knowing that it’s just a draft. A final budget proposal will be submitted in May, at which point Congress will hopefully step in to prevent Trump from  “getting away with murder.”

In the meantime, researchers and providers alike can roll up their lab coat sleeves and show the world the value of knowledge and understanding about the human system. 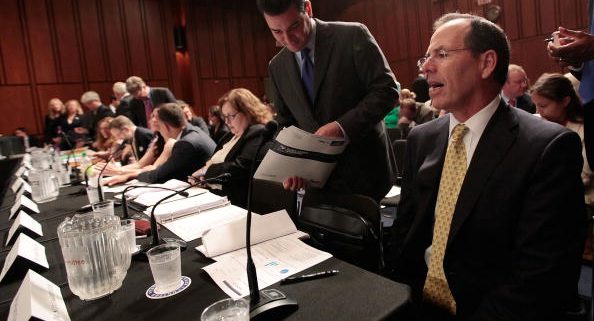 Scott Gottlieb (left), then a resident fellow at American Enterprise Institute with Steve Burd (right) the president and CEO of Safeway (he retired in 2013), taking part in a Senate Health Education Labor and Pensions Committee hearing on Capitol Hill in 2009. (Photo:  Mark Wilson, Getty Images)

President Donald Trump’s pick to lead the Food and Drug Administration has deep ties to the pharmaceutical industry as a consultant, investor and board member. Scott Gottlieb, 44, also has worn many hats in a career that included two previous stints at the FDA, practicing as a physician, and writer/editor roles at prestigious medical journals.

“It seems like the main question is, ‘Which Gottlieb are we going to get?’” said Dr. Robert Califf, who stepped down from his position as the commissioner of the Food and Drug Administration in January.

Here’s a look at Gottlieb’s career, by the numbers:

New Enterprise Associates, the venture capital firm where Gottlieb is a partner, is currently or has been invested in 188 health care companies.

Gottlieb serves or served on eight boards of directors, according to his LinkedIn profile. The firms include pharmaceutical companies Gradalis and Tolero Pharmaceuticals, which are developing cancer treatments, among other things; and Glytec, which offers glycemic management tools for patients with diabetes.

In a memo, Gottlieb wrote that he had a consulting relationship with nine health care companies before his stint as the FDA’s deputy commissioner for medical and scientific affairs during the George W. Bush administration. Those ties disqualified him from dealing with matters concerning those companies for at least a year. The firms included Eli Lilly, Roche and Sanofi-Aventis.

The recusals generated some headlines during the avian flu scare because Gottlieb had to recuse himself from some of the planning efforts around vaccines.

Starting in 1997, Gottlieb spent seven years as a staff writer for BMJ, the British Medical Journal. BMJ is one of the top medical journals in the world. And he was an editor at the Pulse section of JAMA, the Journal of the American Medical Association, from 1996 to 2001.

Gottlieb also spent the past seven years as an adviser to drugmaker GlaxoSmithKline’s product investment board, according to his LinkedIn page.

Gottlieb was 33 when he got the No. 2 job at the FDA in 2005. He had done a short stint at the agency a few years earlier, but was considered a controversial pick because of his ties to Wall Street. He stayed until 2007.

“He has done a lot of thinking about how FDA should be managed — his operational sophistication is going to be a great asset,” said former FDA attorney Coleen Klasmeier, who worked with Gottlieb and co-authored articles with him. “He also has very strong relationships among career FDA personnel and will be able to hit the ground running on a range of important initiatives.”

Gottlieb testified before Congress as an expert witness 18 times. He has spoken about drug prices, revamping the FDA approval process and the vaccine supply.

“Most people watching at the FDA would breathe a sigh of relief,” Dr. Joshua Sharfstein, who served as the FDA’s principal deputy commissioner until 2011, said of Gottlieb’s impending nomination. He added that Gottlieb is “not someone who has expressed antagonism to the core principles of the agency.”

More than 36,000 people follow Gottlieb on Twitter, though he follows only 845 people, as of Tuesday. He has tweeted at least 10,400 times, lately about different strains of the flu.

Pharmaceutical companies paid Gottlieb nearly $414,000 from 2013 through 2015, according to federal open payments data, for speeches, consulting, travel and meals.

That included $65,780 from a pharmaceutical company to promote a controversial cystic fibrosis drug called Kalydeco. Only one other doctor received more money toward promoting the drug.

The drug’s price tag was controversial because the nonprofit Cystic Fibrosis Foundation kicked in $150 million toward finding a cure for the fatal disease and got a rich $3.3 billion payday for selling its rights to royalties for the drug. Vertex Pharmaceuticals priced Kalydeco at more than $300,000 a year.

Nearly $30,000
Gottlieb has contributed nearly $30,000 toward Republican political campaigns and joint fundraising committees from 2005 to 2014. He has donated toward the presidential runs of Mitt Romney and Sen. John McCain. He also donated more than once to Speaker Paul Ryan.

Gottlieb contributed the most money toward Republican Sen. Ben Sasse of Nebraska, spending $2,600 in the primary and $2,600 again in the general election in 2013. Sasse was a vocal anti-Trump supporter, penning an open letter in February 2016 about how he could not support Trump, who was “dividing” the nation, in his view.

“But have you noticed how Mr. Trump uses the word ‘Reign’ — like he thinks he’s running for King?” Sasse asked in the post.