You are here: Home1 / Surgical 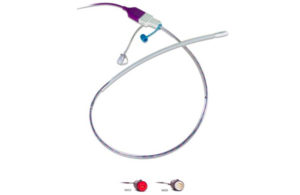 More medtech companies are experiencing shortages of medical devices due to the sudden closure in February of a Sterigenics sterilization plant.

Officials from Cardinal Health (NYSE:CAH), and Guerbet (EPA:GBT) have written letters to customers indicating that certain devices are already in short supply or may experience shortages, Medical Device & Outsourcing has learned.

The letter from Cardinal Health (Dublin, Ohio) said that the company expects a shortage of its Kendall Accu-Trace intrauterine pressure catheter until early August. This device is placed inside a pregnant woman’s uterus to monitor uterine contractions during labor. The letter from Guerbet (Villepinte, France) said that disposable power injectors used with its Optistar, Optivantage and Illumena contrast delivery systems may experience shortages. Officials from those companies did not immediately respond to requests for comment.

NuVasive Inc. (NSDQ:NUVA) said yesterday that it launched its X360 system intended for lateral single-position surgery in the U.S.

“X360 has transformed my approach to treating patients, allowing me to customize my surgical workflow, reduce patient anesthesia time, and efficiently treat the patient in a single, lateral position. Integrating planning, imaging, navigation, and automation throughout this entire surgical approach has become an integral component to the clinical outcomes of my patients,” Dr. Anand Veeravagu of Stanford University Medical Center said in a prepared statement.

NuVasive touted that because the system allows surgery to be performed without repositioning, it can reduce operating times by up to 60 minutes, saving hospitals on average of approximately $5,000 per patient.

“The X360 system is the most comprehensive approach to lateral single-position surgery available on the market. NuVasive continues to extend its global leadership position in lateral surgery with the integration of X360 and Pulse, the only surgical automation platform designed for spine surgery. By incorporating Pulse and, in the future, robotic automation, with X360, we are enhancing the overall OR workflow and helping surgeons deliver greater clinical predictability and reproducible outcomes for their patients,” NuVasive prez Matt Link said in a press release.

In February, NuVasive said that it won FDA 510(k) clearance and CE Mark clearance in the European Union for its Precice bone transport system.

The Eden Prairie, Minn.-based company said that the EnVisio navigation system is designed for use in conjunction with the company’s SmartClip soft tissue marker during breast cancer procedures.

The SmartClip soft tissue marker is an alternative to hook-wire localization procedures used to identify malignant tissue for removal, the company said. When used with the Envisio system allows physicians to mark difficult lesions and navigate distances, depths and directions in real-time 3D during breast cancer procedures.

“Elucent Medical is offering a cost-effective solution that addresses a key challenge for breast surgeons: how to easily find the location of a malignant biopsy during surgery, especially in tissue that lacks anatomical landmarks. We developed a system designed by surgeons to be intuitive, efficient, and precise, eliminating the need for a localization procedure. We believe this innovation has the potential to improve cosmetic and clinical outcomes, with other possible applications for lymph and thoracic surgeries,” co-founder Dr. Lee Wilke said in a press release.

“Our vision is to disrupt the standard of care for women who receive localization prior to their lumpectomy as part of their breast cancer treatment. Today we take a significant step toward achieving this goal. The EnVisio Navigation System and SmartClip Soft Tissue Markers will provide patients and surgeons with a wire-free, minimally invasive alternative for pre-surgical planning and navigation throughout surgery,” co-founder and CEO Laura King said in a prepared statement. 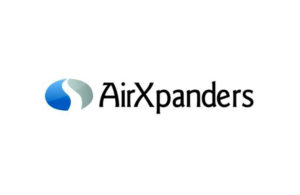 AirXpanders (ASX:AXP) said that a retrospective clinical study has concluded that the use of its AeroForm tissue expanders may be associated with reduced infection rates, less medical treatment and lower costs for patients and health systems.

The Palo Alto-based company makes the AeroForm tissue expander for post-mastectomy breast reconstruction. The device is designed to expand and stretch the skin and underlying muscle prior to a permanent breast implant using small amounts of CO2 up to three times a day. 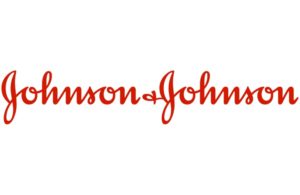 Johnson & Johnson (NYSE:JNJ) isn’t known for tooting its horn prematurely. The public won’t hear much about a new J&J device until the company’s good and ready.

So it should come as no surprise that J&J’s DePuy Synthes business has kept relatively mum about the robotically assisted knee surgery device it’s been developing. J&J entered the competitive surgical orthopedic robot world when DePuy Synthes bought Paris-based Orthotaxy and its orthopedic-surgery robot prototype in 2018.

DePuy Synthes gave attendees at the recent American Academy of Orthopedic Surgeons conference a peek at the latest prototype of the Orthotaxy device. It’s is the size of a shoebox, attaches to an operating table and includes a saw, but does not do the sawing for the surgeon. Instead, the Orthotaxy platform will design the surgery plan and lock the saw into a plane, allowing the surgeon to do the cutting, according to Liam Rowley, VP of R&D for knees at DePuy.

“There are no blocks required. There’s no pinning required,” Rowley said. “We saw this as what the world actually needs. This is bed-mounted. It’s not a huge device that sits on the floor.”

Johnson & Johnson‘s (NYSE:JNJ) Ethicon subsidiary late last month released a notice it filed in the Europe, the Middle East and Africa region warning of issues with its Intraluminal Staplers related to malformed staples and uncut washers that can “compromise staple line integrity.”

The company said that it initiated a medical device field safety corrective action for 378 lots of Intraluminal Staplers distributed in the region and that after investigating the complaints it found uncut washers and malformed staples in the devices.

“If a problem with the staple line is not adequately addressed or is not recognized, there is a potential risk of postoperative anastomotic leak, gastrointestinal injury, hemorrhage or hemorrhagic shock,” the company wrote in its notice.

J&J’s Ethicon said that it has received reports of adverse events due to malformed staples, but that the occurrence of such events remains below 0.1%.

The company provided instructions for customers with the staplers, advising them to use a non-affected device if possible and requesting the return of identified products.

Ethicon said that in the case that an alternative device is not available, surgeons should adhere to a number of specific steps to avoid possible issues with the device.

In January, Ethicon released the results of a head-to-head study between an Ethicon surgical stapler and a Medtronic stapler system. 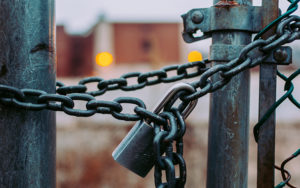 Ethicon’s Neuwave is a target ablation tool for small to large lesions, as well as a resection tool. (Image from Ethicon)

The company will collect data from up to 30 centers throughout the world on the technical aspects of the procedure, including ablation time under varying liver tissue and lesion conditions. Efficacy and other outcome data will also be documented and assessed at various time points over the course of the study, according to the company, which announced the registry at the Society of Interventional Radiology (SIR 2019) meeting in Austin, Texas.

Neuwave is a minimally invasive system designed to enable physicians to tailor ablations for lesions of varying shapes and sizes with consistency and control, according to Ethicon. Most patients leave the hospital the same day with only a bandage at the probe insertion site, according to a 2014 study published in the Journal of Vascular Interventional Radiology.

“The goal of the registry is to systematically and comprehensively develop ablation parameter guidance for the microwave ablation of liver lesions with the Neuwave system,” said University of Wisconsin School of Medicine and Public Health interventional radiologist Dr. Paul Laeseke in a prepared statement.

“Microwave ablation is an important treatment option that is increasingly being utilized throughout the world, and this data may provide new insights into factors that are critical for successful outcomes across a range of patients, clinical settings and health care providers,” added Laeske, who consulted on the registry’s design. “The registry will be an important contribution to our understanding of microwave ablation and support its further adoption.”

The registry will also include data from consenting patients enrolled in other Ethicon-sponsored studies on microwave liver ablation with the Neuwave system in Korea and China and a multicenter study that is evaluating the device using Neuwave’s ablation confirmation software, which is designed to help physicians identify ablation targets, assess appropriate probe placement and confirm the technical success of each procedure.

“Microwave is the fastest growing ablation modality, and as this treatment grows, Ethicon is committed to working with clinicians throughout the world to generate robust clinical evidence for the innovative Neuwave microwave ablation system,” said Piet Hinoul, global head and leader of Ethicon’s medical and clinical franchise. “This will help inform treatment decisions and improvements in procedural efficiency and patient outcomes.”

Neuwave is cleared for the ablation of soft tissue in percutaneous, open surgical and in conjunction with laparoscopic surgical settings, including the partial or complete ablation of non-resectable liver tumors. It is not cleared for the treatment of any specific disease or condition and is not indicated for use in cardiac procedures.

Toronto-based Titan Medical said that Wayne, Penn.-based Teleflex’s polymer ligation system is intended for vessel sealing and includes an enhanced clip security feature that has been previously used in millions of cases.

“Our patented, multi-articulating instruments have been developed to facilitate the integration of advanced tools and technologies. This collaboration with Teleflex permits the expansion of our robotic instrument portfolio to offer market-leading, proven technology in a variety of surgical disciplines. Teleflex is a leading and innovative medical technology company with whom we share a common purpose of improving patient outcomes with clinically-inspired technology. We are proud to be working with them,” Titan Medical prez & CEO David McNally said in a press release.

“We continue to partner with leading robotic companies to allow surgeons globally to use our trusted Weck ligation solutions. We are excited about Titan Medical integrating our technology into its single-port robotic surgery system,” Teleflex surgical division GM James Ferguson said in a prepared statement. 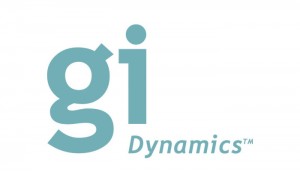 GI Dynamics (ASX:GID) said a retrospective study of its EndoBarrier device for patients with type 2 diabetes and obesity shows a significant reduction in HbA1c, weight, liver fat and cardiovascular disease (CVD) risks as well as a reduction in the need for insulin in some patients.

The EndoBarrier device is a plastic gut sleeve designed to prevent the absorption of nutrients from food as it exits the stomach and enters the intestinal tract, according to the Lexington, Mass.-based company.