You are here: Home1 / Illinois 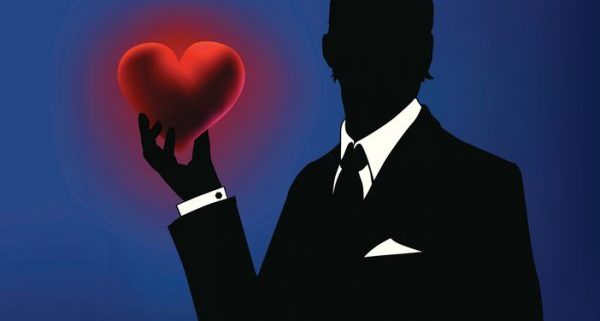 Redox Engine, the Madison, Wisconsin health IT startup that’s helping healthcare facilities overcome interoperability challenges has received $1 million in follow-on investment from Intermountain Healthcare Innovation Fund, according to a company release. The funding is part of Redox’s Series B round.

Redox will work with Intermountain in the Salt Lake City-based health system’s push to adopt digital health solutions that fit into their electronic health record. The company will also support applications Intermountain has developed, such as the Rehab Outcomes Management System, as part of Redox’s API platform.

Healthbox has previously run an accelerator for healthcare startups called Healthbox Studio but with the management change last year, Healthbox repositioned itself as a venture capital investment manager with an innovation platform that functions as a consultant to and collaborator with healthcare partners.

Healthbox has managed Intermountain Healthcare’s Innovation Fund since the fund’s launch in 2015. The fund is intended to source, evaluate, and invest in companies that align with Intermountain’s mission. So far the fund has made a handful of investments in healthcare startups, in addition to Redox:

Zebra Medical Vision, an Israel-based health IT business, developed a clinical decision support teaching computers to read and diagnose medical images through machine learning. Last year, Zebra closed a Series B round as it launched a consumer-facing product called Profound. The service allows individuals to upload their medical imaging scans such as computerized tomography scans and mammograms to Zebra Medical Vision’s online service, and receive an automated analysis of key clinical conditions.

Syapse is a precision medicine software meets clinical decision support startup. It seeks to improve care coordination for hospitals by extracting clinical, genomic and other molecular data from medical records, labs and pharmacies and integrating that data to offer more detailed patient profiles. By doing this, the company wants to guide doctors to find the right diagnostic test and therapeutic approach. The Intermountain fund took part in its Series C round. 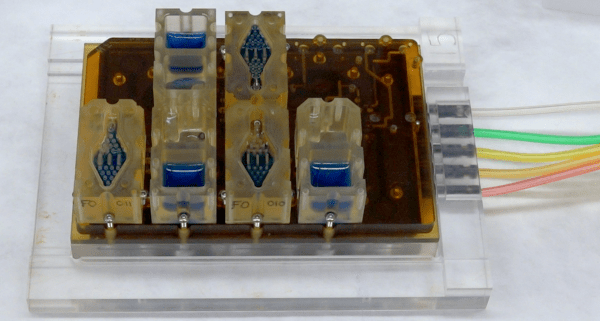 Researchers have been looking for better ways to study human biology. Cells in a dish don’t capture the body’s complexity and generally don’t live that long. Recent advances in 3D organoids often fall short on their own. But now, researchers at Northwestern University Feinberg School of Medicine have developed a modular system that incorporates all the necessary organ types to replicate hormone signaling in the human menstrual cycle.

Called EVATAR (a combo of avatar and Eve), the system’s various modules contribute 3D models of human fallopian tube, uterus, cervix, liver and mouse ovary tissue. Microfluidics transfer a universal medium that acts like blood and carries hormonal and other signals between tissues. This communal approach produces a better model.

“They were sharing all this media and releasing factors that were propagating each other,” said Julie Kim, research professor and co-author on the team’s Nature Communications paper in a phone interview. “They survived better and responded to hormones better – more so than if they were alone in a static environment. These different cultures together in this microfluidic platform are able to survive for a whole menstrual cycle, 28 days, which is a long time for cells to grow in culture.”

The effort pulled in experts on each tissue type – Kim’s lab focused on the uterus. Draper laboratory helped engineer the various connected boxes. Because we don’t take out healthy human ovaries, researchers used mouse ovaries, but even that was a win.

“The mouse estrus cycle is only four days long,” said Kim. “But by putting it in a dish and stimulating with hormones, like FSH and LH, we got 14 days of estrogen and 14 days of progesterone.”

The research led to a lot of firsts, such as new 3D models for uterus and cervix, but it’s the applications that are generating the team’s excitement. EVATAR could enhance their ability to study many conditions, such as fibroids, endometriosis and endometrial cancer.

“If we could study tumors long-term in a microfluidic system, then we could see how tumors respond to progestin and see if we can use these types of platforms as mini clinical trials for compounds that can affect these diseases,” said Kim.

The project was spawned by NIH efforts to create a “body-on-a-chip.” The agency solicited proposals for a variety of tissues – cardiovascular, kidney, bowel – though, according to Kim, reproductive tissue was notably absent. The Northwestern team took that as a source of motivation.

“Teresa Woodruff (director of the Women’s Health Research Institute and senior author on the paper) said we need a reproductive tract,” said Kim.

Their work is part of a major push to find better models to study human biology, test drugs for safety and efficacy and ultimately personalize care. Companies like Hµrel, Ascendence Bio and Tissuse have developed organs on chips. Others, like Organovo and BioBots, are creating or enabling 3D tissue printing.

Still, there’s lots more to do. The Northwestern group will be working on a male counterpart to EVATAR and there are other tissues that could improve their female model.

“We have only a couple of cell types in the endometrium,” says Kim. “There are more types that play an important role. If we put in blood vessels, immune cells and other cell types, we could see the tissue differentiate and eventually bleed.”