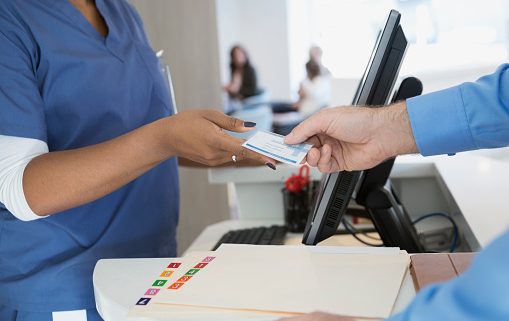 Anthem could be the next insurer on the block to depart from the Affordable Care Act exchanges.

A recent report from Jefferies analysts, who claimed they met with Anthem, found the insurer might be planning to drop from the exchanges next year. Analysts David Windley and David Styblo said Anthem “is leaning toward exiting a high percentage of the 144 rating regions in which it currently participates.”

According to the report, Anthem told Jefferies analysts that “regulatory advocacy needs to progress significantly in the next ‘month or so.’” In Anthem’s opinion, “[i]mprovements such as eligibility verification, more rigid special enrollment periods, shortening of premium grace periods are steps in the right direction, but not enough,” the analysts wrote, according to CNBC.

Anthem, which sells plans under the Blue Cross Blue Shield Brand, has a little more than 800,000 individual exchange plan customers in 14 states.

However, the insurer hasn’t been doing so hot fiscally, according to Bloomberg Intelligence. It lost approximately $374 million on individual plans in 2016. Its 2017 financial goals are moderate, and an estimated 8.6 percent of its revenue will come from individual plans.

If Anthem does decide to pull back, it could create the most significant coverage gaps in states like Colorado, Georgia, Kentucky, Missouri and Ohio, according to a New York Times report. An analysis from the Robert Wood Johnson Foundation determined an Anthem departure would leave people in almost 300 counties without an insurance carrier.

The insurer’s potential exit isn’t altogether surprising. Anthem CEO Joseph Swedish hinted at it during a call regarding fourth quarter results with Wall Street analysts. “We will make the right decisions to protect the business,” he said, according to Bloomberg. “If we can’t see stability going into 2018, with respect to either pricing, product or the overall rules of engagement, then we will begin making some very conscious decisions with respect to extracting ourselves.”

In an emailed statement to Bloomberg, Anthem said it’s working with the Trump administration “to emphasize the importance of regulatory and statutory changes in order to ensure sustainability and affordability of the individual market for consumers” and that it will “actively pursue policy changes that will help with market stabilization and achieve the common goal of making quality healthcare more affordable and accessible for all.”

Anthem’s likely departure points to a larger trend among insurers offering plans on the ACA exchanges. Earlier this year, Humana said it will completely stop offering individual plans on the exchanges in 2018. UnitedHealth Group and Aetna have also scaled back on their ACA offerings.