The call for heightened scrutiny comes in response to a investigative report, published by KHN and Fortune magazine, alleging a number of serious issues that have arisen over the past 10 years as the U.S. government has pushed to switch from paper to digital records systems.

In the report, investigators shed light on thousands of reported deaths, injuries and near misses tied to EHR system, as well as other concerns raised as more systems move towards digital health records keeping.

“What we really need is a much more tailored approach, so that we have appropriate oversight of EHRs when they’re doing things that could create risk for patients,” Gottlieb told the KHN.

Gottlieb said that oversight of electronic health records would require Congress pass legislation defining when EHRs would need regulation, adding that currently digital records systems that store a patient’s medical history don’t fit under the FDA’s regulatory purview, according to the report.

Currently, the FDA is prohibited from having oversight of EHRs, as the 21st Century Cures Act of 2016 excluded the federal watchdog from having regulatory control over EHRs as a medical device, according to KHN.

Gottlieb suggested that a possible path towards regulation would be identifying that EHRs have the capability to become a medical device, calling the records a “unique tool” and noting that risks posed by their use are different than traditional devices, according to the report.

“You need a much different regulatory scheme,” Gottlieb told KHN.

Healthcare IT companies could add new functionality to EHRs that would improve their usefulness, Gottileb said, but companies have been reluctant to do so because it would put their products under FDA jurisdiction, according to the report.

Gottlieb, who’s last day as head of the FDA is slated for next Friday, clarified that he is not calling for the FDA to take over regulation of EHRs, and added that any new regulatory approach to the system could be years away, according to KHN.

The U.S. Department of Veterans Affairs could be partnering with Apple (NSDQ:AAPL) to bring electronic health records to iOS-based smartphones for military veterans across the country, according to a Wall Street Journal report.

Through the deal, Apple would build out software that would allow the approximately nine million veterans in the country to transfer their health records to their iPhone devices, according to the report. Apple would also be positioned to supply engineering support to the agency.

The information comes from a number of emails between top VA officials and associates of President Donald Trump’s Mar-a-Lago club, reviewed by the Wall Street Journal, according to the report. Apple has not yet officially commented on the matter.

The move is yet another step from the Cupertino, Calif.-based tech giant as it looks to pry its way into the healthcare market. Earlier this month, an atrial fibrillation screening study using Apple’s next-gen Apple Watch enrolled 400,000 subjects, making it the largest study of its kind to date.

The post Report: VA in talks with Apple to move EHRs to iOS devices appeared first on MassDevice.

With the new Health Records API release, developers will now be able to use that electronic health data – with an individual’s consent – to create applications that aid in disease management, medical research and other purposes, the company said.

“Medical information may be the most important personal information to a consumer, and offering access to Health Records was the first step in empowering them. Now, with the potential of Health Records information paired with HealthKit data, patients are on the path to receiving a holistic view of their health. With the Health Records API open to our incredible community of developers and researchers, consumers can personalize their health needs with the apps they use every day,” COO Jeff Williams said in a press release.

The Department of Homeland Security this week released a report warning of cybersecurity vulnerabilities in Medtronic‘s (NYSE:MDT) N’Vision clinician programmer designed for use with neurostimulation devices that could allow outside agents to access personal health data.

The DHS said that the vulnerability was originally reported by Whitescope LLC, and requires an individual gain physical access to N’Vision’s 8870 Compact Flash Therapy Application card.

Once access is achieved, extracting personal health information or personal identifying information requires a low skill level, according to the DHS report.

Medtronic recommended that operators of such devices take extra steps to maintain the security of them, including strict physical control of the Compact Flash card, only using legitimately maintained 8870 cards and returning the cards when they are no longer in use.

The Department of Veteran’s Affairs said yesterday it approved a $10 billion, 10-year contract with Cerner Corp. (NSDQ:CERN) to implement an electronic health record system, which Acting VA Secretary Robert Wilkie called one of the largest IT contracts in the federal government.

With the deal, the VA will switch from its internally developed VistA system to off-the-shelf Cerner solutions with the goal of making veteran’s medical history available through a single EHR system.

“We’re honored to have the opportunity to improve the health care experience for our nation’s veterans. The VA has a long history of pioneering health care technology innovation, and we look forward to helping deliver high-quality outcomes across the continuum of care. My thanks to the administration for selecting Cerner to collaborate in creating seamless care as service members transition from active duty to VA medical centers and community providers. We expect this program to be a positive catalyst for interoperability across the public and private health care sectors, and we look forward to moving quickly with organizations across the industry to deliver on the promise of this mission,” Cerner prez Zane Burke said in a press release.

The agreement comes after months of delays, with the VA originally announcing plans to transition last year. Interoperability concerns and alleged interference from President Trump and his unofficial advisors had previously held up the deal, according to a Modern Healthcare report.

The contract will give the VA the same EHR platform that has already been adopted by the US Department of Defense, according to a release posted by Acting VA Secretary Wilkie.

“In sum, signing this contract today is an enormous win for our nation’s Veterans.  It puts in place a modern IT system that will support the best possible health care for decades to come.  That’s exactly what our nation’s heroes deserve,” Wilkie wrote in a note posted by the Office of Public and Intergovernmental Affairs.

The post VA signs $10B EHR contract with Cerner appeared first on MassDevice.

Apple (NSDQ:AAPL) said this week it is introducing a feature allowing customers to obtain, view and keep medical records on their iPhones, continuing the company’s experimentation into the healthcare market.

Electronic health records will be available within the company’s Health application, with 12 different healthcare organizations already agreeing to make their records available to current customers.

“Our goal is to help consumers live a better day. We’ve worked closely with the health community to create an experience everyone has wanted for years — to view medical records easily and securely right on your iPhone. By empowering customers to see their overall health, we hope to help consumers better understand their health and help them lead healthier lives,” Apple COO Jeff Williams said in a press release.

“Streamlining information sharing between patients and their caregivers can go a long way towards making the patient experience a positive one. This is why we are excited about working with Apple to make accessing secure medical records from an iPhone as simple for a patient as checking email,” Johns Hopkins Medicine CIO Stephanie Reel said in a prepared statement.

“Putting the patient at the center of their care by enabling them to direct and control their own health records has been a focus for us at Cedars-Sinai for some time. We are thrilled to see Apple taking the lead in this space by enabling access for consumers to their medical information on their iPhones. Apple is uniquely positioned to help scale adoption because they have both a secure and trusted platform and have adopted the latest industry open standards at a time when the industry is well positioned to respond,” Cedars-Sinai CIO Darren Dworkin said in prepared remarks.

Last month, Apple was reported to be developing an in-house ECG for its Apple Watch that would compete with the recently approved KardiaBand made by AliveCor. 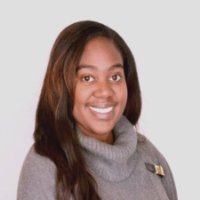 Chrissa McFarlane, founder and CEO of Patientory [Image from LinkedIn]

Blockchains are best known as the technology behind cryptocurrencies such as Bitcoin. But the founders of a young Atlanta-based company called Patientory think they could have another important use – securing health data and empowering patients along the way.

Secure access to patient data is a major issue for the healthcare industry. Patients have a hard time accessing their records and hospital networks need to transfer the data between networks if a patient chooses a new provider. That process can take days to complete, and even then, the patient doesn’t own their data.

“The biggest burden we have is getting access to patient data,” said Chrissa McFarlane, Patientory’s CEO and founder.