You are here: Home1 / Bayer 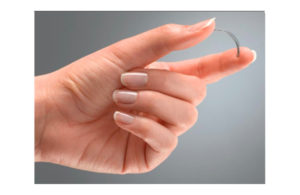 A federal judge in Philadelphia will allow six women who are suing Bayer (ETR:BAYN) over its Essure sterilization implant to proceed with their personal injury claims and three others to pursue their breach-of-warranty claims. One woman who became pregnant following implantation with Essure will be able to pursue her claim that Bayer fraudulently concealed the risk of pregnancy, the judge ruled.

The women had the Essure coils implanted in their fallopian tubes between 2006 and 2013 and claimed they suffered a variety of ailments afterward, including pain, bleeding and autoimmune disorders. Two became pregnant.

Padova heard the arguments on Bayer’s motion on February 11. Bayer took Essure off the market in the United States in December 2018. In April of 2018, the FDA put restrictions on U.S. sales of Essure, a small metal coil that’s placed in the fallopian tubes via catheter, after concluding that some patients were not adequately warned of its risks. 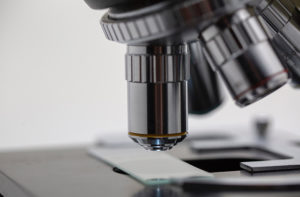 (Image by Michael Longmire on Unsplash)

The FDA said today it has begun more closely scrutinizing the roles of certain materials associated with harm to patients who have breast implants, nitinol-containing devices, metal-on-metal hip implants and devices made from animal-derived substances.

It’s the latest in a series of statements the agency has issued following increasingly harsh public criticism of its efforts to regulate the medical device industry. In the past year, Netflix’s documentary “The Bleeding Edge” and the International Consortium of Investigative Journalists’ “The Implant Files” series ripped the agency and the industry over patient injuries attributed to faulty devices. The FDA has been particularly faulted for its 510(k) clearance pathway, under which it allows devices that are similar to previously approved technology to undergo a less strenuous review before they can be sold.

The post FDA ramps up scrutiny of materials in medical devices appeared first on MassDevice. 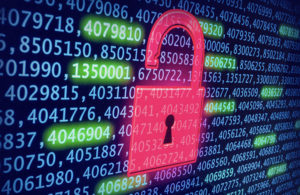 [Image courtesy of Blogtrepreneur on Flickr, per Creative Commons 2.0 license]

U.S. Senator Mark Warner (D-Va.) is wrote a letter to several healthcare organizations yesterday, asking their help in improving cybersecurity in the industry.

A member of the Senate Finance Committee and chair of the Senate cybersecurity caucus, Warner pointed to apparent gaps in oversight, expressed concern about the impact of cyberattacks on the health care sector, and said he wants to help develop strategies that strengthen information security.

Ransomeware and other cyberattacks have stunned the healthcare industry. The 2017 WannaCry attack affected hospitals in the U.S. and U.K., including medical devices made by Bayer, Siemens and others, according to the Health Information Trust Alliance. A 2017 report by internet security software company Trend Micro found that more than 100,000 medical devices and systems were exposed directly to the public internet. The U.S. Department of Homeland Security issued an alert in 2018 indicating that several GE Healthcare imaging devices were vulnerable to cyberattack.

Healthcare hacking incidents accounted for 44% of all tracked data breaches in 2018,  the most of any type of breach, according to a report published in HIPAA Journal.  FDA published an updated draft of its cybersecurity premarket guidance for medical device makers in October 2018.

“I would like to work with you and other industry stakeholders to develop a short and long term strategy for reducing cybersecurity vulnerabilities in the health care sector,” Warner said in the letter. “It is my hope that with thoughtful and carefully considered feedback we can develop a national strategy that improves the safety, resilience, and security of our health care industry.”

Several medical device companies took hits yesterday after analysts on Wall Street downgraded their stocks, on a day when the major market indices each closed up a hair, and even medtech firms that enjoyed upgrades came under pressure.

Globus Medical (NYSE:GMED) suffered the most after Morgan Stanley analyst David Lewis cut his rating on the stock from “overweight” to “equal-weight,” sliding -8.5% to a $39.61-per-share close yesterday, compared with the prior day’s closing price.

In fact, Lewis’s downgrades led the pack in terms of impact, taking Insulet (NSDQ:PODD) and Hologic (NSDQ:HOLX) shares down some -7.4% and -6.5%, respectively. Here’s a look at some of yesterday’s downgrade action:

The upgrade picture was murkier, with a trio of medical device companies taking hits despite upgrades, but three others gaining (including a bullish move from Lewis on shares of Baxter (NYSE:BAX)):

The FDA today released steps it is taking to maintain its oversight of Bayer‘s (ETR:BAYN) Essure permanent birth control device following its removal from the U.S. market this summer, including extensions and revisions to a required post-market study of the device.

In an official posting, FDA Commissioner Dr. Scott Gottlieb said the FDA is working with Bayer to “revise and strengthen” its post-market study of Essure, which was ordered by the federal watchdog in 2016.

The trial will now follow patients who received the Essure device for five years rather than the initially requested three years, giving the agency “longer-term information on adverse risks of the device, including issues that may lead women to have the device removed,” Gottlieb wrote in the posting.

The agency said that it will also require additional blood testing for patients on follow-up visits to study levels of inflammatory markers that can indicate increased inflammation, with hopes that it will help evaluate immune reactions to the device and and their associations with reported symptoms.

The FDA said it will also require Bayer to continue to enroll patients who opt to receive the Essure device “in advance of its full discontinuation from the U.S. market” and to submit “more frequent” reports on the study’s progress.

“We believe that this new, revised study plan will help provide more long-term information regarding complications that may be experienced by patients who have Essure, despite reduced enrollment,” Gottlieb wrote in the posting.

The FDA added that in addition to the post-market study, it will “continue its efforts to monitor Essure’s safety and effectiveness since its approval in 2002 by reviewing the medical literature, clinical trial information, post-approval study data and medical device reports submitted to the agency.”

“We believe women who’ve been using Essure successfully to prevent pregnancy can and should continue to do so. Women who suspect the device may be related to symptoms they are experiencing, such as persistent pain, should talk to their doctor on what steps may be appropriate. Device removal has its own risks. Patients should discuss the benefits and risks of any procedure with their health care providers before deciding on the best option for them. The FDA will continue to collect and review reports of adverse events associated with device removal and is committed to continuing to provide updates on our evaluation of this data as the information is collected and we develop new findings about the device,” Gottlieb wrote in the posting.

In August, a group of Australian women joined others worldwide in a a class action lawsuit against Bayer for medical problems allegedly associated with its Essure device, according to a report from The Guardian.

Gerresheimer said late last month that it tapped Dr. Bernd Metzner as its new chief financial officer, set to take position at the latest by July 1 next year.

“In Dr. Bernd Metzner, we have gained a highly experienced chief financial officer for Gerresheimer AG. Along with chief executive officer Dietmar Siemssen and management board member Dr. Lukas Burkhardt, Gerresheimer is led by a strong team who will extend the company’s growth trajectory on a lasting basis,” supervisory board chair Dr. Axel Herberg said in a prepared statement.

“Pharma and cosmetics are highly promising, attractive markets. Gerresheimer is a strong global partner to both of these industries. I look forward to being able to bring my experience to bear at Gerresheimer going forward,” Metzner said in a press release.

The move went into effect on December 5, the San Diego, Calif.-based company said in an SEC filing.

The move comes as Dr. Presnell looks to relocate to the east coast to “pursue an opportunity with a non-profit foundation and to be closer to family,” Organovo said.

In addition to his position as CFO, Carter will also serve as the Boston-based company’s treasurer and will replace Dave Bruce as its secretary. Carter has nearly 16 years of experience as a finance exec in the medical industry, GI Dynamics added.

“I am excited to join the GI Dynamics management team at this exciting time in the company’s development. It is clear that this company is committed to serving the large and rapidly growing population of patients with type 2 diabetes and obesity with an innovative treatment option that is clearly needed,” Carter said in a press release.

“On behalf of the GI Dynamics board of directors, I am pleased to announce the appointment of Mr. Carter. We have been working with Mr. Carter for several months now on a more limited basis, and we now look forward to the impact of his expanded leadership role at GI Dynamics as we prepare for the commencement of the GID 18-1 pivotal trial in the U.S. and the EndoBarrier clinical trial in India,” prez & CEO Scott Schorer said in prepared remarks.

The healthcare joint venture started by Amazon (NSDQ:AMZN), Berkshire Hathaway and J.P. Morgan has picked up well-known health insurance exec Dana Gelb Safran as its new head of measurement, according to a CNBC report.

Prior to joining the still unnamed venture, Safran served as chief performance measurement and improvement officer at Blue Cross Blue Shield of Massachusetts, according to the report.

Safran is slated to begin their role with the company next year, CNBC said.

Aethlon Medical (NSDQ:AEMD) said yesterday it named Dr. Timothy Rodell as its new interim CEO, effective December 10, succeeding James Joyce who will stay on as a consultant during the transition.

“We are delighted to welcome Tim to Aethlon. Tim’s depth and breadth of experience in financing, structuring corporate deals, clinical development and regulatory strategy, both in the U.S. and internationally, will be of great value as we prepare Aethlon for the next phase of development. On behalf of the board of directors, I want to thank Jim Joyce for his leadership, commitment and accomplishments as chief executive officer.  We wish him continued success in his future endeavors,” board chair Dr. Charles Fisher, Jr. said in a press release.

“I am both honored and thrilled to join Aethlon at this time. I believe the Aethlon Hemopurifier has great potential for treating life-threatening viral infections and potentially cancer.  I look forward to working with the team at Aethlon and its collaborators to continue to advance the science and in an effort to bring important treatments to patients and create value for shareholders,” Dr. Rodell said in a prepared statement.

CTEPH can be difficult to diagnose because its symptoms are similar to asthma and chronic obstructive pulmonary disease symptoms. CTEPH affects five people per million annually worldwide. Computed tomography pulmonary angiography and a ventilation/perfusion scan can be used to determine if thromboembolic occlusion is causing pulmonary hypertension in patients.