The company is engaged in an FDA IDE trial of the device, the Diamond-AF trial, which it hopes will support regulatory clearance in the US with indications for treating patients with symptomatic paroxysmal atrial fibrillation. Epix added that it is also engaged in a trial, the Diamond-AF II trial, which is exploring the device’s use in treating patients with persistent AF.

“The DiamondTemp ablation system stands out from other RF ablation technologies because of the real-time temperature control via rapid power modulation. This results in shorter procedure times and higher confidence in lesion quality. I’ve had the pleasure of working with Epix to design the Diamond-AF II trial and I look forward to continuing that work with Medtronic,” study global principal investigator Dr. Atul Verma of Newmarket, Canada’s Southlake Regional Health Center said in a prepared statement.

“The DiamondTemp cardiac ablation system represents leapfrog technology in the RF cardiac ablation space, a segment of the market where we haven’t previously participated. When combined with our existing leading cryoballoon technology, we expect to provide physicians with a complete portfolio of best-in-class cryo and RF systems,” atrial fibrillation solutions division GM Rebecca Seidel said in a press release.

Last month, Medtronic said that it closed the $1.7 billion acquisition of Mazor Robotics (NSDQ:MZOR) and its robot-assisted surgery platform, capping the buyout with the announcement that their first jointly produced product won an FDA nod. 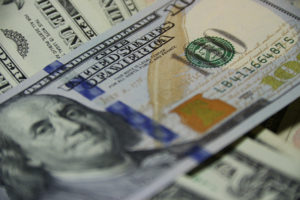 Perhaps there’s a ray of hope that venture capital funding is recovering a bit for the medical device industry.

VC firms invested more than $2.8 billion in 2017, an increase of more than $647 million from 2016, according to the MoneyTree Report from PricewaterhouseCoopers (PwC) and CB Insights. There were a total 229 deals involving medical device companies last year.

The companies raking in the VC cash are doing everything from creating robotic microsurgery for the eyes to building better dialysis machines to bringing neuromodulation to bear on epilepsy.

Read on to discover which medtech companies raised the most venture capital in 2017.