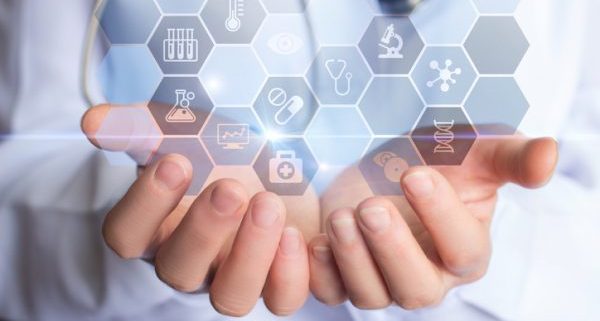 Genomics is constantly advancing, evolving and reinventing itself. That drives companies operating in the field to rapidly adapt too.

What’s unusual about Oakland, California-based Omicia is that they have made the change official.

Announced at the ACMG Annual Clinical Genetics Meeting in Phoenix, Arizona, the new name represents a transition approximately three years in the making.

Omicia was founded in 2009 by Martin Reese, Edward Kiruluta, and John Stuelpnagel (the latter also cofounded Illumina back in 1998).

In a phone interview, CEO Matt Tindall said the first five years were spent building a high-quality tool to analyze genomes for rare diseases. The focus was on the research markets.

At a certain point, however, the team came to realize the reports were of a high enough quality to inform clinical decisions. And so from 2014 to 2016, Omicia transitioned away from the research crowd to become an actionable part of the healthcare landscape.

The company added somatic cancer analytics and reporting capabilities. In June 2016, it closed a $23 million Series B financing round, which provided the necessary resources to commit to a new direction. It then completed its product offering with the acquisition of Spiral Genetics for an undisclosed sum in early 2017.

Omicia was beginning to realize its vision to fully integrate into the clinical world as an end-to-end bioinformatics provider. The final step was a company rebrand.

“It’s really about our insight and analytics being embedded deeply within healthcare systems and clinical labs, really the whole healthcare ecosystem, and delivering those insights in a workflow that people can access easily to make treatment decisions,” Tindall explained, in regards to the new name.

Fabric’s software aggregates insights and knowledge from throughout the world into a single interface that can be operated by a lab technician. That includes data from 90 different annotation sources, along with links to educational information about each variant.

Once the interpretation is done, the user generates an actionable report. It’s reviewed by a lab director, before being sent to the clinician to inform the patient’s treatment plan.

On the one hand, the company is partnering with the likes of Rady Children’s Institute for Genomic Medicine (Rady Children’s) in San Diego, California, a world leader in pediatric genomics. According to Tindall, the appeal of the company’s software includes accuracy, actionability, and speed.

“We’re delivering a guaranteed one hour turnaround time on the annotations for their pediatric clinical genomes,” he said.

At the other end of the spectrum, Fabric’s platform is scaling to help interpret genome-wide association studies that enroll tens of thousands of patients. In July 2015, Fabric was chosen as the primary genomic interpretation and clinical reporting provider in the U.K.’s 100,000 Genomes Project (Genomics England).

As the cost of sequencing goes down and the potential for greater reimbursement and insurance coverage rises, Tindall believes more and more individual and population-scale whole exome sequencing will be performed. Fabric wants to be the backbone of that work.

What is certain, is that the field of genomics will continue to change.

Will the relevancy of “Fabric Genomics” soon fade?

So long as it remains integrated within healthcare, the name should ring true.