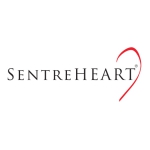 SentreHeart is recalling a select number of its FindWIRZ guidewire systems over PTFE coating separation issues, according to an FDA release posted today.

The recall has been given a Class I label from the FDA, which indicates “a reasonable probability that use of these products will cause serious adverse health consequences or death,” according to the agency.

The FindrWIRZ guide wire system is designed for use during minimally invasive cerebrovascular, cardiovascular and peripheral vascular systems to help position over-the-wire catheters through the insertion of a thin flexible tube into arteries of the leg or wrist.

The company initiated the recall over issues with the hydrophilic lubricious PTFE coating, designed to reduce friction, separating from the wire. Coating separation could cause small pieces of the coating to break away and travel elsewhere in the body, while the exposed wire beneath could cause dangerous blood clots.

Both circumstances could lead to serious adverse health consequences, the FDA warned, including embolism, stroke or death.

The PTFE separation issue has led to recalls for other guide wires as well.  Earlier this month, Concert Medical issued a voluntary recall notice for certain lots of its Galeo Pro coronary guidewires over issues with the polytetrafluoroethylene coating separating from the device.

The company said it initiated the recall because of the risk of the PTFE coating separating or detaching on the device, which could cause PTFE particulate to enter the blood stream.

Concert Medical said it has received 1 report of PTFE coating separation during procedure, but no injuries or deaths were reported related to the separation, according to an urgent field safety notice.

In September, SentreHeart said that it landed a $35 million Series D round from Deerfield Management, with funds slated to support a trial evaluating its Lariat suture delivery system.

The Amaze trial aims to investigate the use of Lariat for catheter-based left atrial appendage closure in patients with persistent atrial fibrillation, the Redwood City, Calif-based company said.

7 Tips on How to Get the Attention of a Time-Constrained Biotech Job Networ...

Samsung Showcases FDA-Cleared GM85 Mobile Digital Radiography System At Radiological...
We use cookies to ensure that we give you the best experience on our website. If you continue to use this site we will assume that you are happy with it.OK, got itCookies Policy
Scroll to top