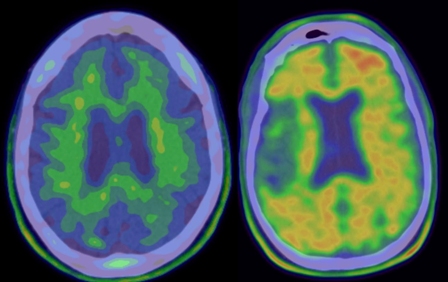 Eli Lilly has developed Solanezumab, which is a monoclonal antibody-based treatment for Alzheimer’s disease.

Researchers have projected that Alzheimer’s disease is caused by the development of a sticky protein known as beta-amyloid.

As per the amyloid hypothesis, the protein develops plaques in the brain that damage brain cells. Solanezumab has been designed to decrease the level of soluble amyloid molecules before accumulation.

The phase 3 multicenter, double-blind and placebo-controlled trial has recruited 2,129 patients with mild dementia due to Alzheimer’s disease.

The study is claimed to be the first major Alzheimer’s clinical trial to require molecular evidence of amyloid deposition in the brain for recruitment.

According to Columbia University Medical Center, the treatment did not show any significant benefit in the trial compared to placebo. It was revealed when measured with a cognitive test called the Alzheimer’s disease assessment scale.

Solanezumab is being assessed in presymptomatic patients at risk of Alzheimer’s disease in other studies ongoing at Columbia University Irving Medical Center (CUIMC).

CUIMC neurology professor and lead author Dr Lawrence Honig said: “Although we are disappointed that this particular drug did not prove successful, the field is benefiting from each study.

“There is hope that one of the newer ongoing studies may result in an effective treatment for slowing the course of Alzheimer’s disease.”

Adherium to expand in U.S. market with direct-to-consumer push for smart inhaler...
We use cookies to ensure that we give you the best experience on our website. If you continue to use this site we will assume that you are happy with it.OK, got itCookies Policy
Scroll to top