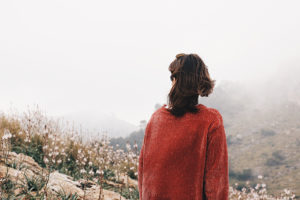 From Hologic’s new product launch to CapsoVision gettting CE Mark approval, here are seven medtech stories we missed this week but thought were still worth mentioning.

Hologic announced in a Nov. 1 press release that it has launched its MyoSure Manual Device in the U.S. The device is designed to help doctors resect and remove intrauterine tissue easily in an office setting if used with the MyoSure hysteroscope.

IntraFuse has received FDA 510(k) clearance for its FlexThread Fibula Pin System, according to a Nov. 1 press release. The system is designed to help improve outcomes for orthopedic extremity procedures. It has a percutaneous fixation of distal fibula fractures like Danis-Weber B type fractures or trans-syndesmotic fractures.

Skyline Medical and Helomics have announced their collaboration in a Nov. 1 press release to develop new approaches for personalized cancer diagnosis and care using the Helomics D-CHIP. D-CHIP uses an artificial intelligence-powered bioinformatics engine to show insights from cancer patient data to help with disease diagnosis and develop new diagnostics and therapies.

Sensus Healthcare has been cleared to sell its SRT-100 in Mexico, according to an Oct. 31 press release. The system has been approved to treat non-melanoma skin cancer and keloids and is set to be placed on the National Registry by February 2018.

Vesalio announced in an Oct. 31 press release that it has received CE Mark certification for its NeVa neurotheomectomy platform for treating strokes. The mechanical thrombectomy technology was designed to improve first pass success and capture and remove clots that can create sudden blockages in blood flow to the brain.

BRH Medical has received FDA 510(k) clearance for its BRH-A2 device that reduces pain and promotes healing of deep wounds, according to an Oct. 31 press release. The technology engages and stimulates the wounded area from below the wound bed using ultrasound and electric field modalities to affect the tissues and muscles in the region of and below the wound. It can be used with any treatment modally and is portable enough to be used in clinics and hospitals.

Capsovision announced in an Oct. 25 press release that it has received CE Mark approval for its CapsoCam Plus System for patients who are age 2 and older. It is a wire-free capsule endoscopy system that gives physicians a full 360º panoramic lateral image of the small bowel mucosa.

ReShape touts efficacy, safety of weight loss products in multi-study prese...
We use cookies to ensure that we give you the best experience on our website. If you continue to use this site we will assume that you are happy with it.OK, got itCookies Policy
Scroll to top