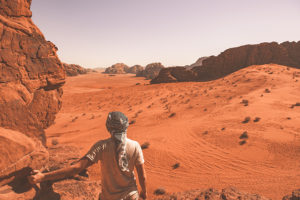 From Biomerics’s $38.5 million expansion in Salt Lake City to new study results and partnerships, here are 7 medtech stories we missed this week but thought were still worth mentioning.

Biomerics announced in a May 1 press release that it is moving its corporate headquarters in Salt Lake City. The new facility will be 230,000 sq. ft and will be located in the International Center. It will have corporate offices, engineering offices, research and development labs and cleanroom manufacturing. Biomerics is expected to invest $38.5 million in the expansion and add more than 380 jobs over the next 8 years. It is expected to be completed during the second quarter of 2018 and plans to be FDA and ISO-13485 registered for medical device manufacturing.

Refocus Group announced in a May 4 press release that it has successfully completed a 12-month follow-up on the 360 patients in its VisAbility Micro-Insert System for presbyopia clinical trial. The next step for Refocus will be preparing for Pre-Market Approval submission to the FDA. The VisAbility Micro-Insert System is the first presbyopic procedure performed outside the line-of-sight of the eyes that is designed to restore vision without the potential of compromising distance vision or depth perception.

Glytec’s eGlycemic Management System study results show that the system has a 19% reduction in average daily blood glucose between admission and discharge, according to a May 4 press release. The eGlycemic Management System allows hospitals to achieve the basal bolus standard of care for subcutaneous insulin therapy. The study also showed that there was 0% severe hypoglycemia while receiving the target blood glucose of 140-180 mg/dL at every meal and bedtime. Glycemic data from 1,687 non-critically ill patients treated with subcutaneous insulin therapy between July 2016 and January 2017 were used in this study. It was presented at the American Association of Clinical Endocrinologists 26th Annual Scientific Clinical Congress.

Mevion Medical Systems and medPhoton announced in a May 2 press release that they have entered a strategic agreement to integrate ImagingRing with the Mevion S250i. The ImagingRing is a cone beam computed tomography system for image guidance and the S250i is a pencil-beam scanning proton therapy system. Mevion and medPhoton hope to provide simplicity of workflow and more precise and efficient treatment delivery by adding integrated cone beam imaging to in-room image guidance capabilities.

Accuray announced that results from its phase I clinical trial for early stage breast cancer patients being treated with CyberKnife System have been released, according to a May 2 press release. The study showed that there was no recurrences or distant metastases at a follow-up of 26 months. More than 95% of patents and 100% of physicians rated prognosis as excellent or good after two years. The purpose of the trial was to study the maximum tolerated dose of 5 fraction stereotactic body radiation therapy for partial breast irradiation for treating early stage breast cancer after receiving a lumpectomy. Patients treated with CyberKnife System received non-isocentric and non-coplanar radiation beams had a follow-up every 3 months for a year and then a follow-up every 6 months for the next 4 years.

The Regulatory Affairs Professionals Society is expanding its European presence, according to an April 20 press release. The European member base for RAPS has grown by almost 19% to more than 1,500 members across 29 countries. RAPS also plans to invest more than 2 million Euros over a 3 year period to implement strategic growth in Europe to launch new events and resources for regulatory professionals in the region.

Neural Analytics is opening a new European office based in Hamburg, Germany, according to an April 24 press release. Since the company recently received CE Mark for its Lucid System, Neural Analytics wants to enhance its presence in Europe. Neural Analytics is a medical device company that develops and commercializes technology to measure, diagnose and track brain health.

FDA denies allegations of forcing Fox News at CBER campus
We use cookies to ensure that we give you the best experience on our website. If you continue to use this site we will assume that you are happy with it.OK, got itCookies Policy
Scroll to top