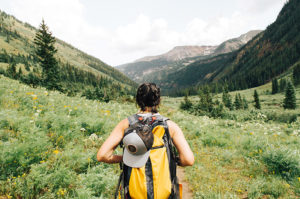 From Privi Medical’s FDA clearance to OrthoXel getting FDA clearance and CE Mark approval, here are seven medtech stories we missed this week but thought were still worth mentioning.

Privi Medical has received FDA clearance for its Instalief Hemorrhoids Treatment device, according to a Jan. 18 news release. The device is disposable and uses an advanced instant cold compression technology to treat hemorrhoids.

Centric Medical announced in a Jan. 16 news release that it has received FDA 510(k) marketing clearance for its Cannulated Screw Internal Fixation System. The system features foot and ankle screws that can be used in foot and ankle reconstruction procedures. It is a multi-component system made of titanium alloy that comes in a variety of diameters and lengths.

BioPoly has received CE Mark for its RS Partial Resurfacing Trochlea system, according to a Jan. 16 news release. The partial resurfacing knee portfolio can treat focal cartilage defects in femoral condyles, trochlear facts, trochlear groove and patella. The company plans to launch the system in the next few months.

Avacen announced in a Jan. 17 press release that it has launched its Avacen 100 dry-heat therapy autism device in India. The device is an FDA-cleared, CE Mark Class II therapy device designed to provide relief of autistic behavior. Avancen 100 safely and non invasively warms the body by infusing heat into the circulatory system. The device has been shown to improve speech impediments, increase classroom participation and an improvement of school grades.

Sealantis announced that it has received CE Mark for its Seal-G surgical sealant, according to a Jan. 12 press release. The sealant is designed to reduce leaks after gastrointestinal procedures. Seal-G stops anastomotic leaks by reinforcing suture or staple lines during post-surgery. The sealant will be available in Europe as it has not yet received FDA approval.

OrthoXel announced in a Jan. 16 press release that it has received FDA 510(k) clearance and CE Mark approval for its Apex Tibial Nailing System. The company can now commercialize the system in the U.S. and Europe. The device allows surgeons to have a wide range of locking options of intramedullary nail. Its micromotion locking mode allows for controlled axial movement with torsional stability.

Xtant Medical plans refinancing, 12-to-1 reverse stock split
We use cookies to ensure that we give you the best experience on our website. If you continue to use this site we will assume that you are happy with it.OK, got itCookies Policy
Scroll to top