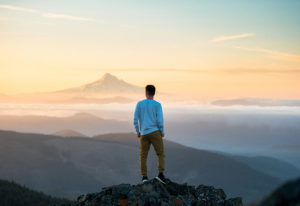 From Attune Medical receiving FDA 510(k) clearance to Synapse Medical having CE Mark approval, here are 5 medtech stories we missed this week but thought were still worth mentioning.

Attune Medical announced in a Jan. 8 press release that it has received FDA 510(k) clearance for its EnsoETM model that administers tube feeds or medication while cooling or warming patients. The device manages a patient’s temperature through the esophagus while allowing for enteral fluid administration with the company’s ENFit connector.

ResMed announced in a Jan. 8 press release that it has released its first portable oxygen concentrator, the Mobi. Mobi will be available to patients in the U.S. through home medical equipment providers and is currently in the process of getting clearance to launch the product in other countries.

Axonics has won Australian marketing approval for its Sacral Neuromodulation System, according to a Jan. 8 press release. The device is designed to treat overactive bladder, fecal incontinence and urinary retention. The approval allows the company to commercialize the device throughout Australia.

Synapse Biomedical announced in a Jan. 8 press release that it has received CE Mark approval for its TransAeris System. The TransAeris system is a temporary diaphragm stimulator that is designed to be used in ICU patients who are on mechanical ventilation. The system gives patients life-sustaining respiration.

Apple continues its foray into healthcare, puts select EHR data on iPhone d...
We use cookies to ensure that we give you the best experience on our website. If you continue to use this site we will assume that you are happy with it.OK, got itCookies Policy
Scroll to top